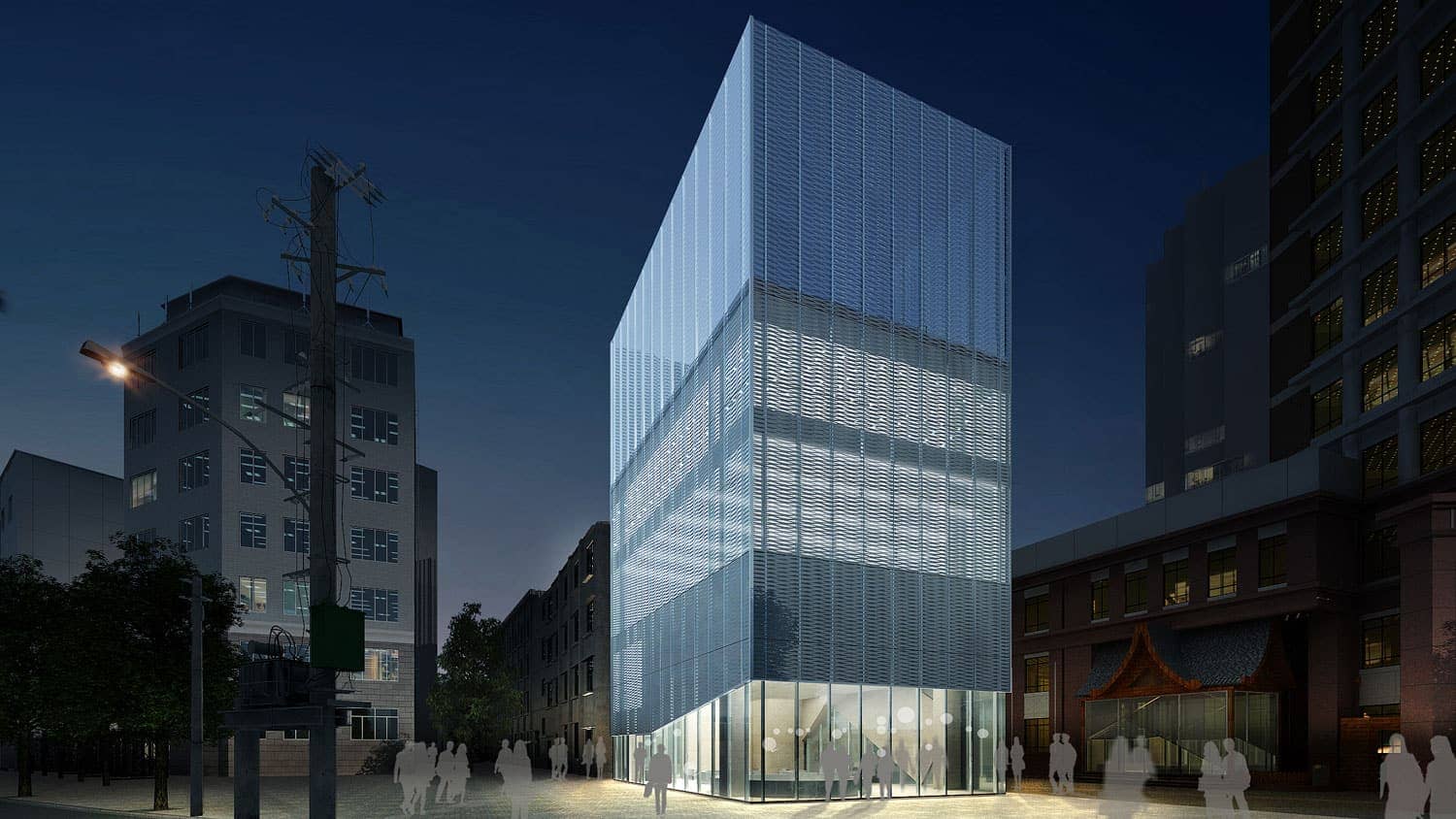 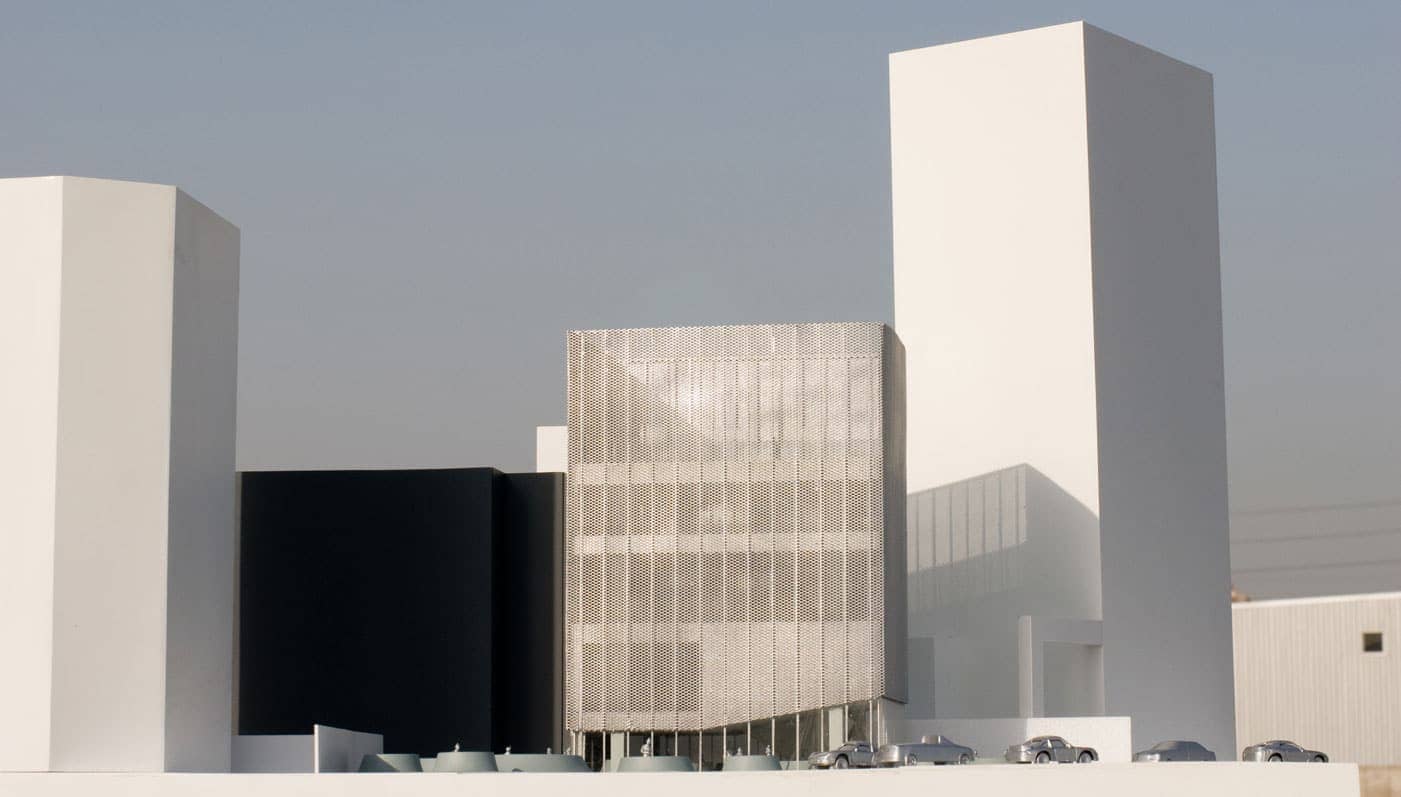 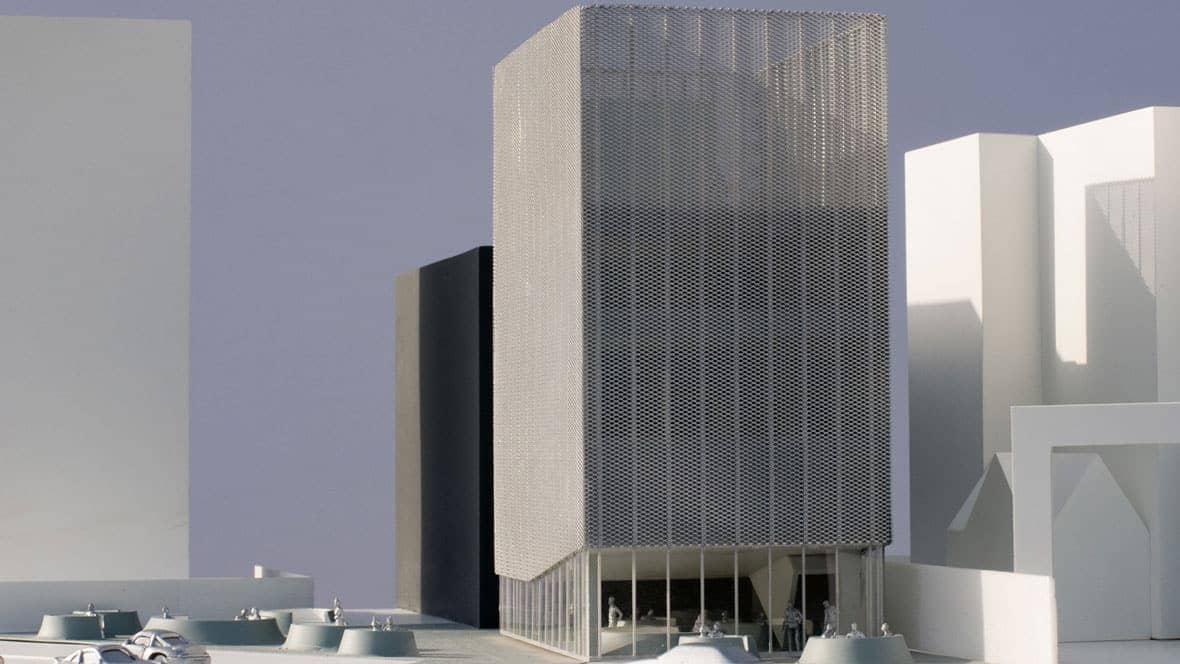 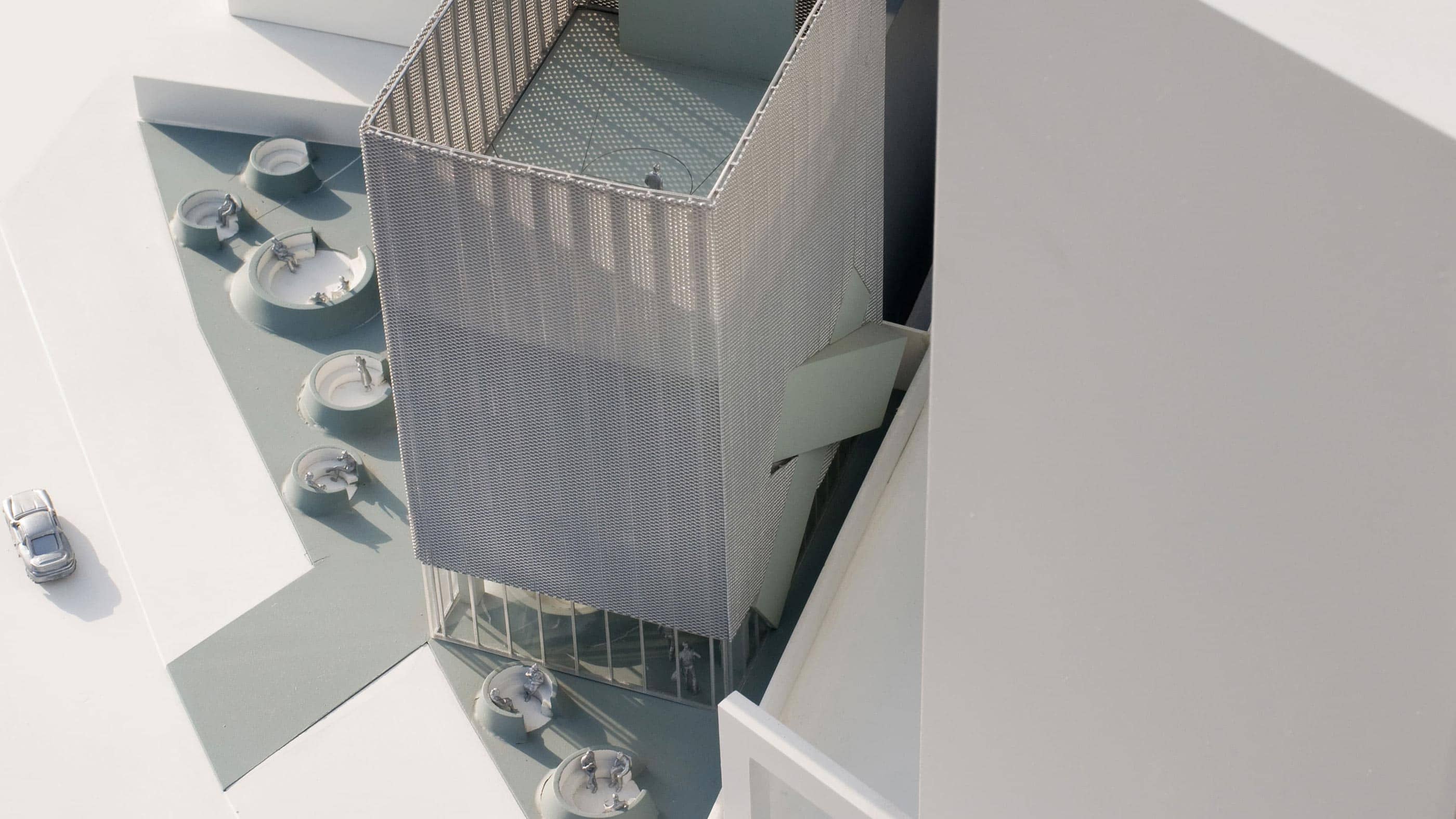 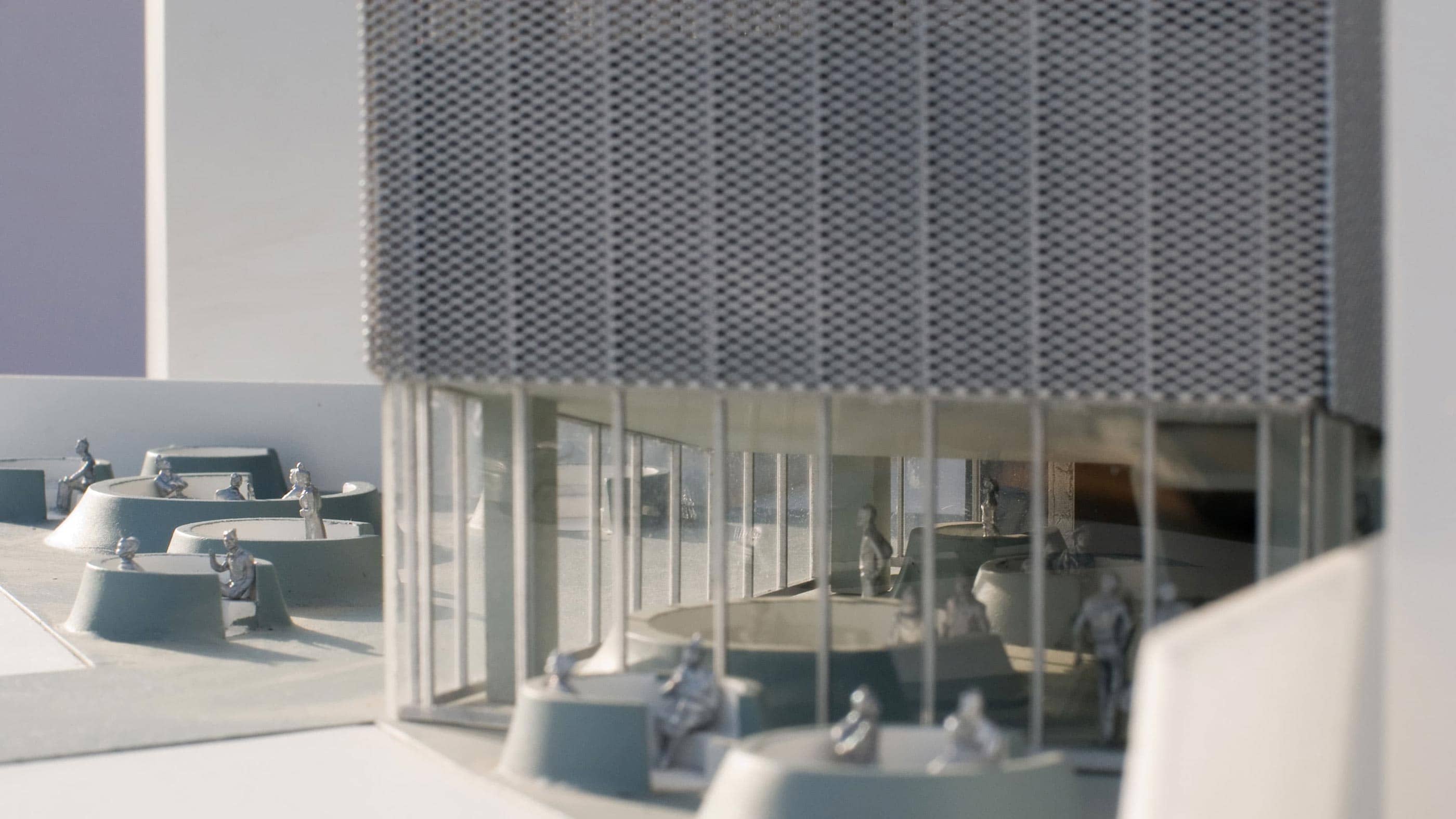 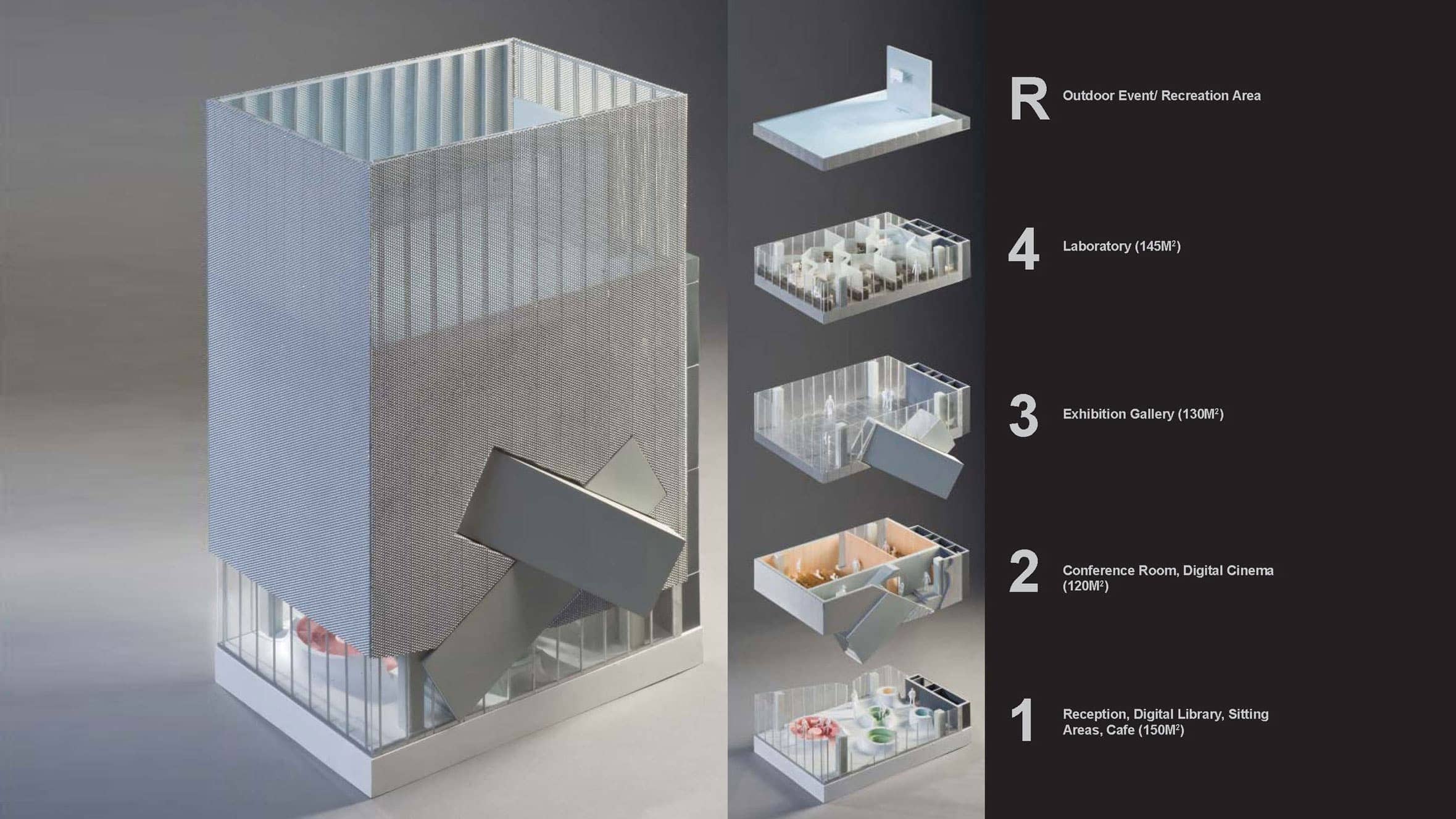 A former leather goods factory is transformed into the headquarters for Crystal Digital Technology, the largest digital media, graphics, and design company in China, becoming the first major presence in the future “Media Corridor” of Shanghai. Instead of renovating all the existing buildings, the design reorganizes the overall program into five components – production, administration, support, accommodation, and public – and locates them respectively into the existing buildings. Rather than spending the entire budget on interior renovations and a new façade, we selectively demolished and repaired the existing buildings, and prioritized the spending on a new building to house public components. The new building, along with the cluster of renovated existing buildings, will together form the “Crystal Media City”.

The new public building houses a digital library, a café and discussion/reading area on the ground level; a digital cinema on the second level; gallery/exhibition space on the third level; administrative offices and media display area on the fourth level; and a rooftop recreation area for staff. Named “Crystal Media Center”, the new building will not only showcase Crystal’s technologies and capabilities, but will also provide a rare forum to foster and promote public participation and awareness of the intersections and interaction between digital technology, architecture, and urbanism. Through an imaginative rethinking of the initial brief and a close collaborative effort together with the Client, we were able to transform an industrial factory into a public platform for future media in the city.