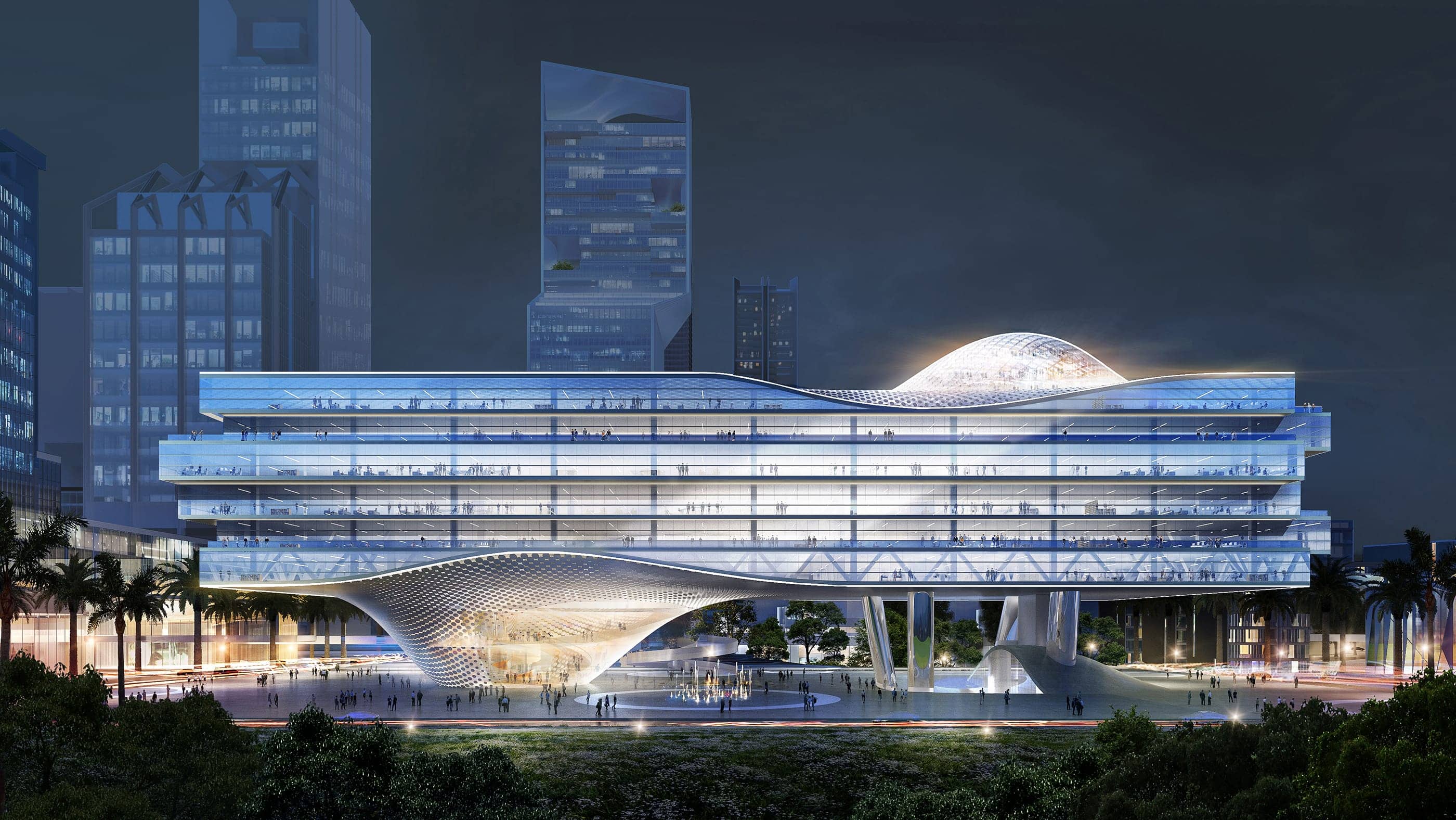 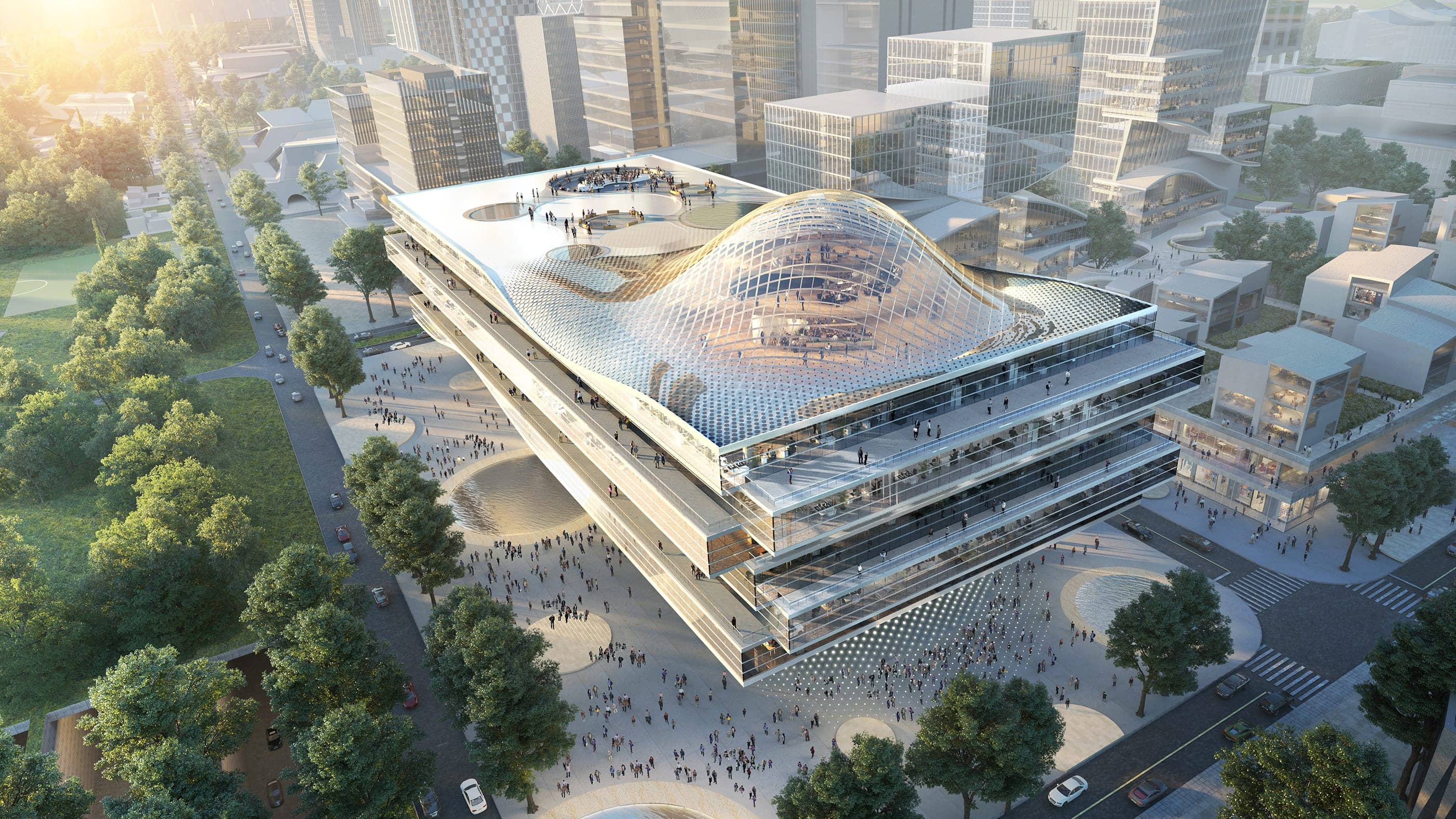 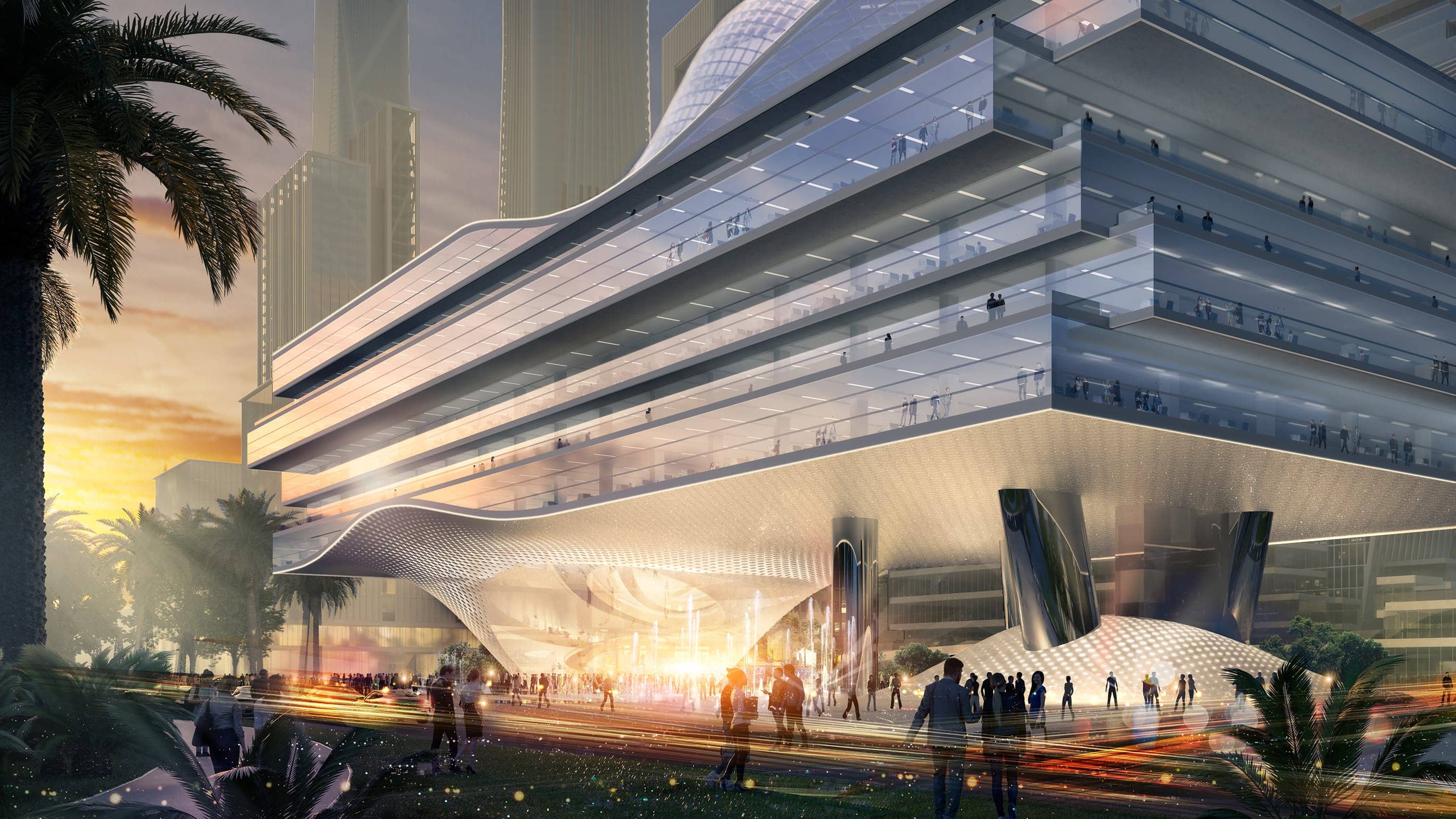 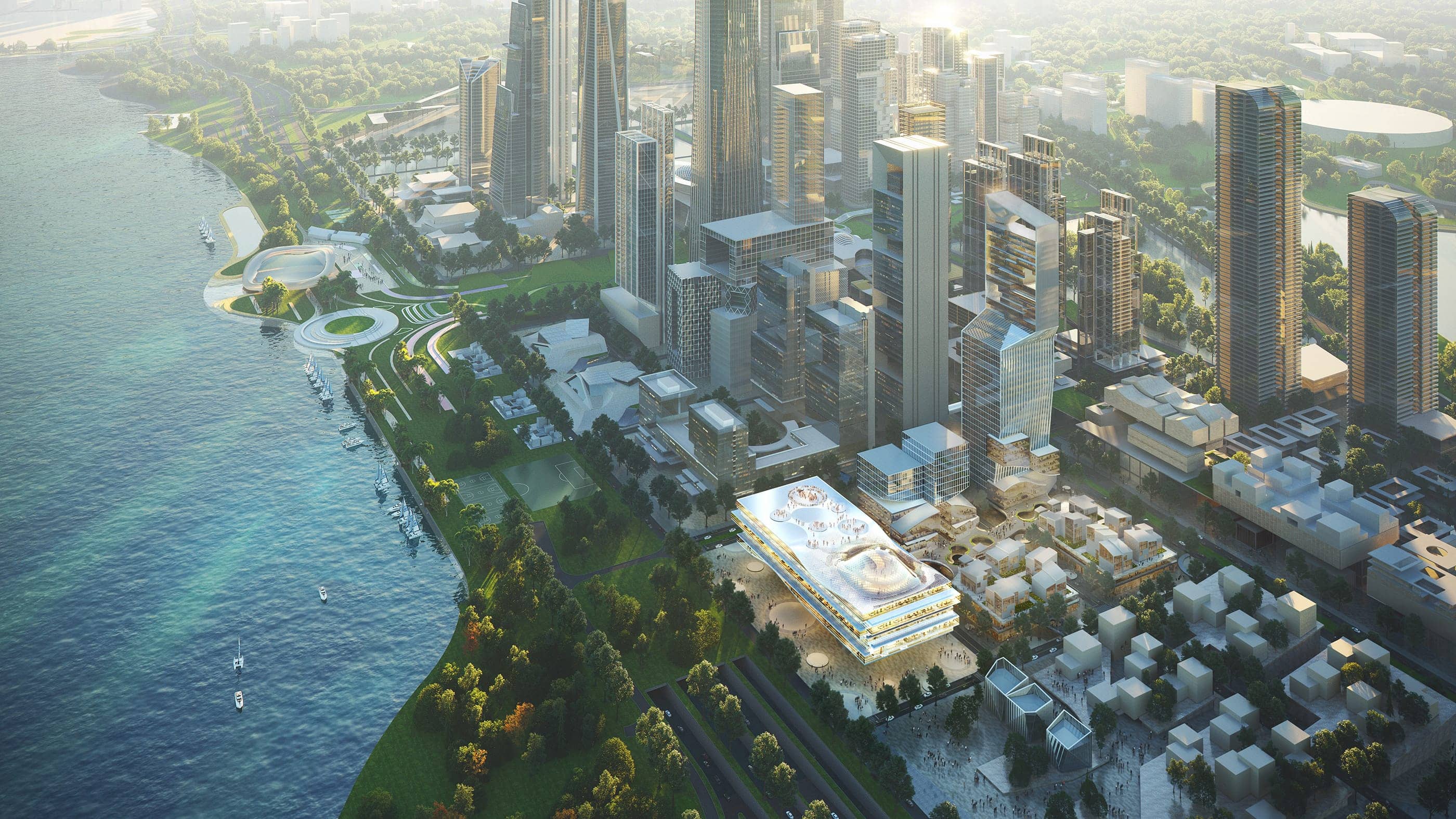 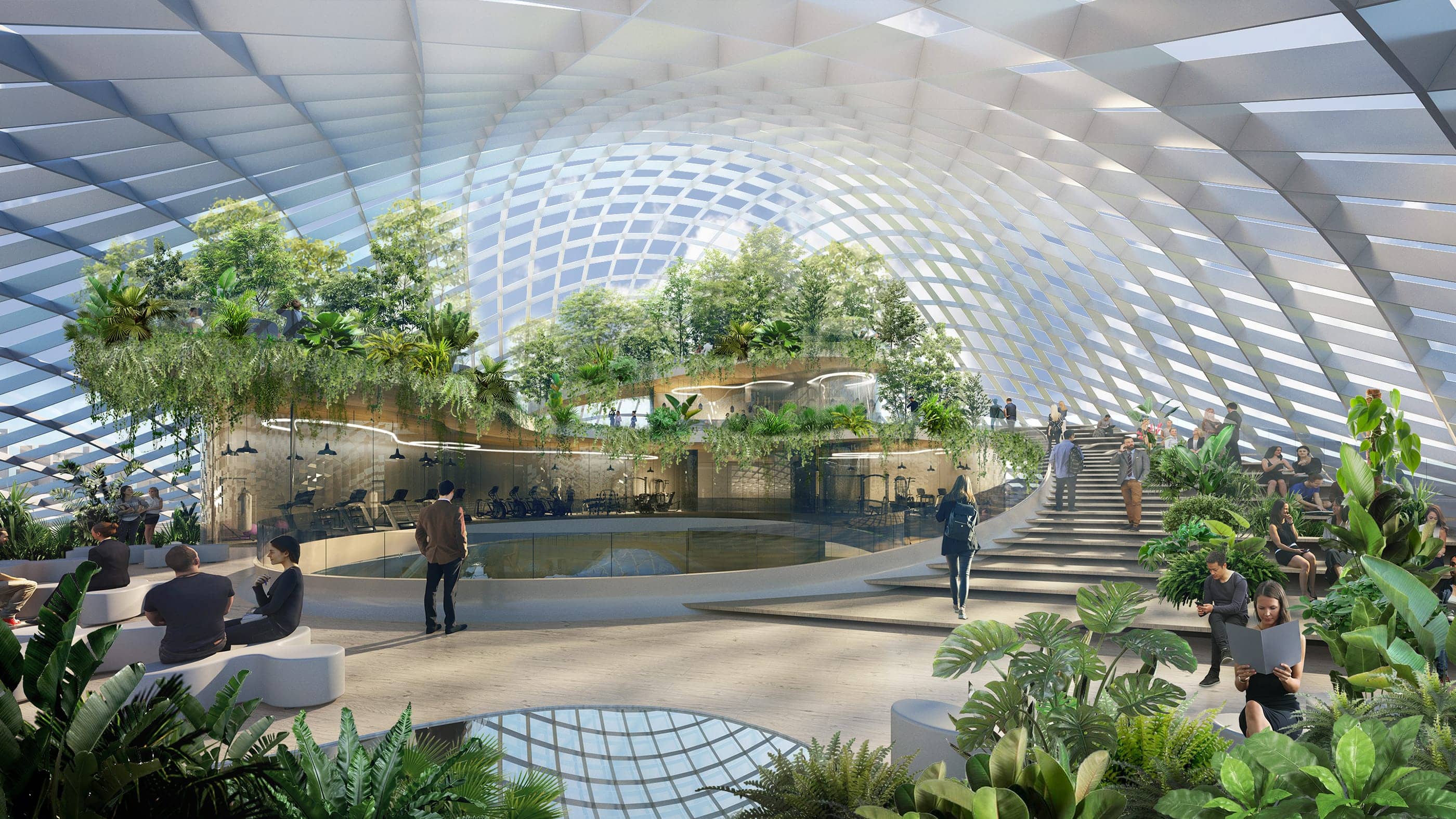 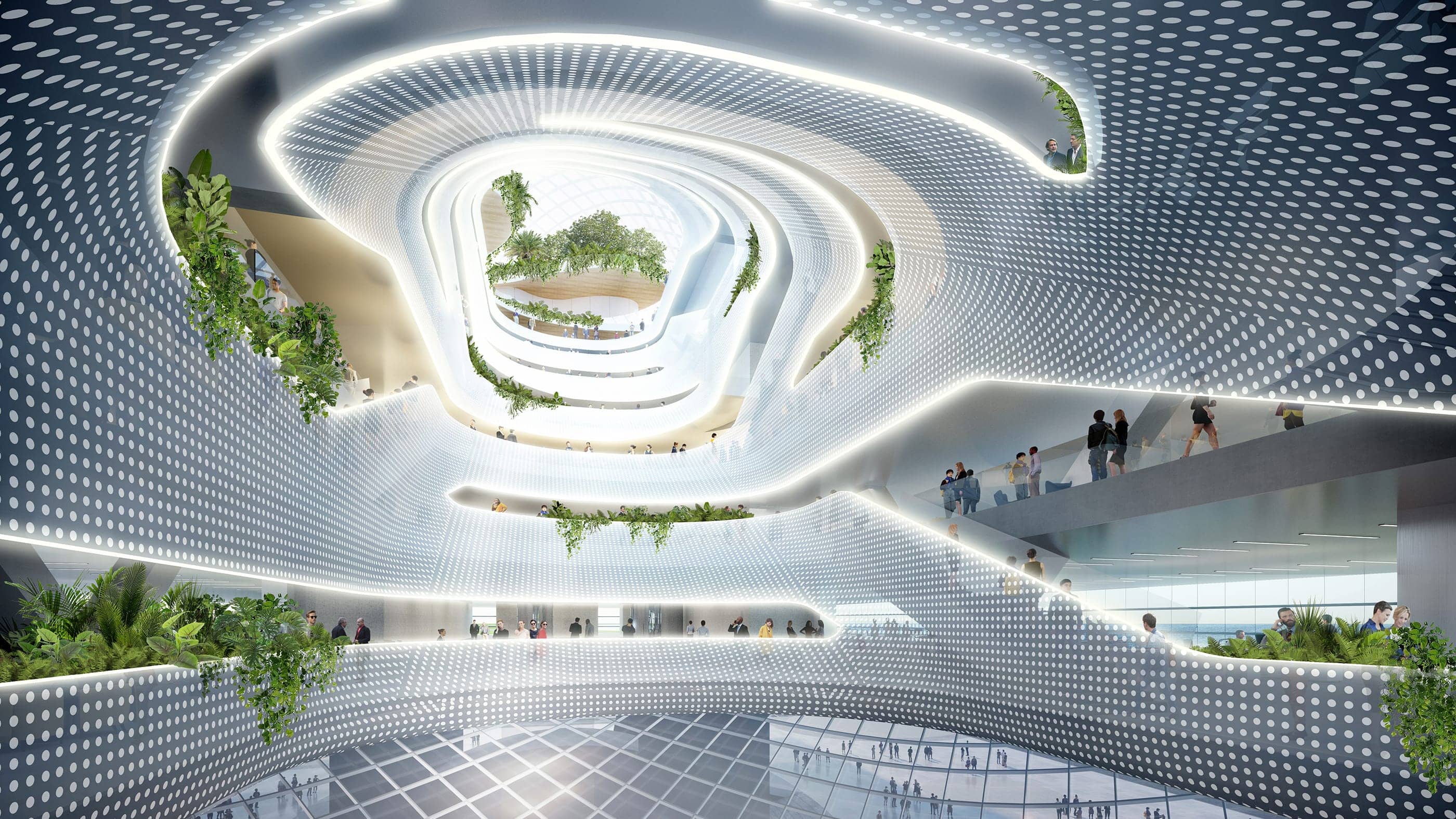 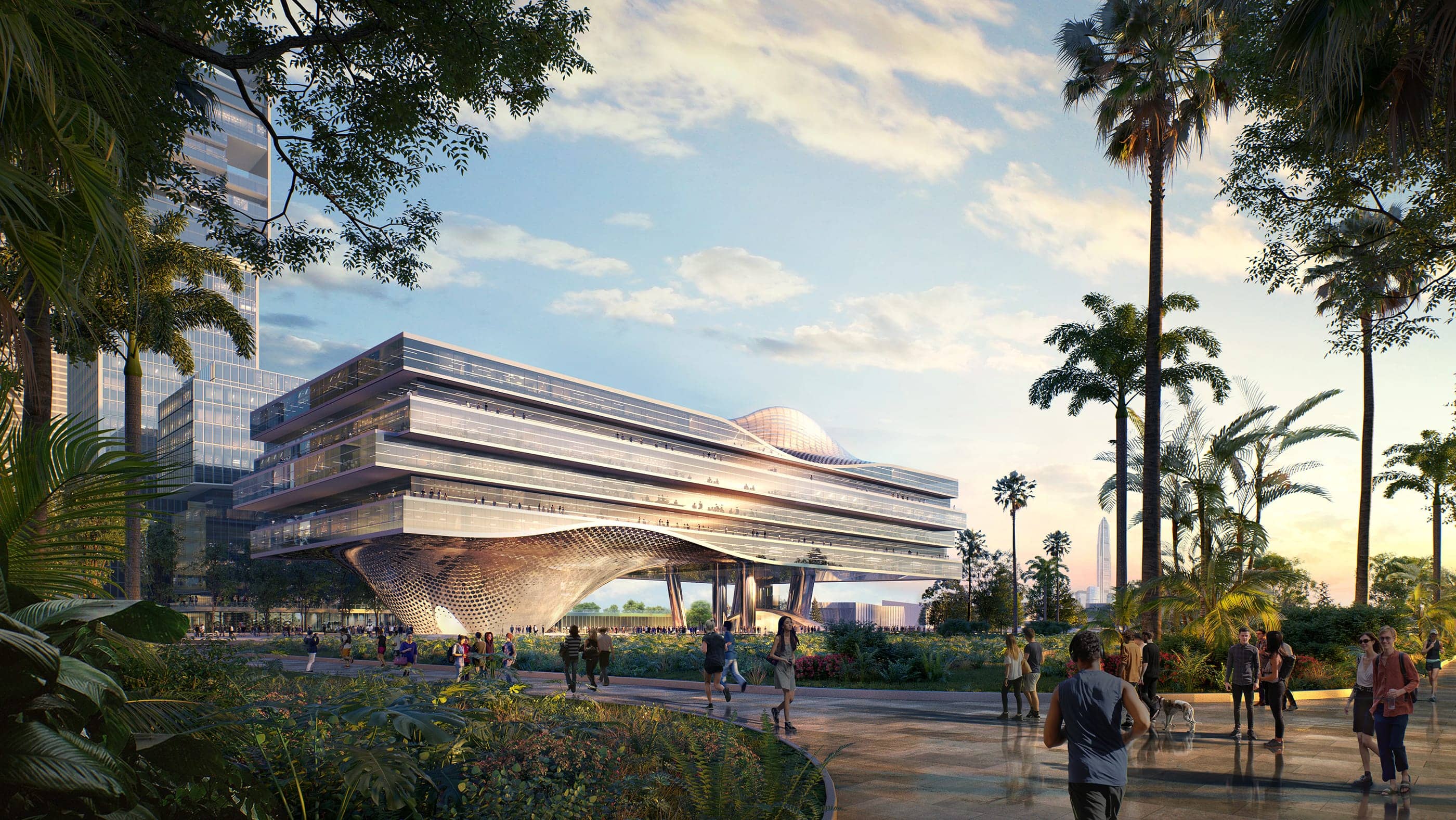 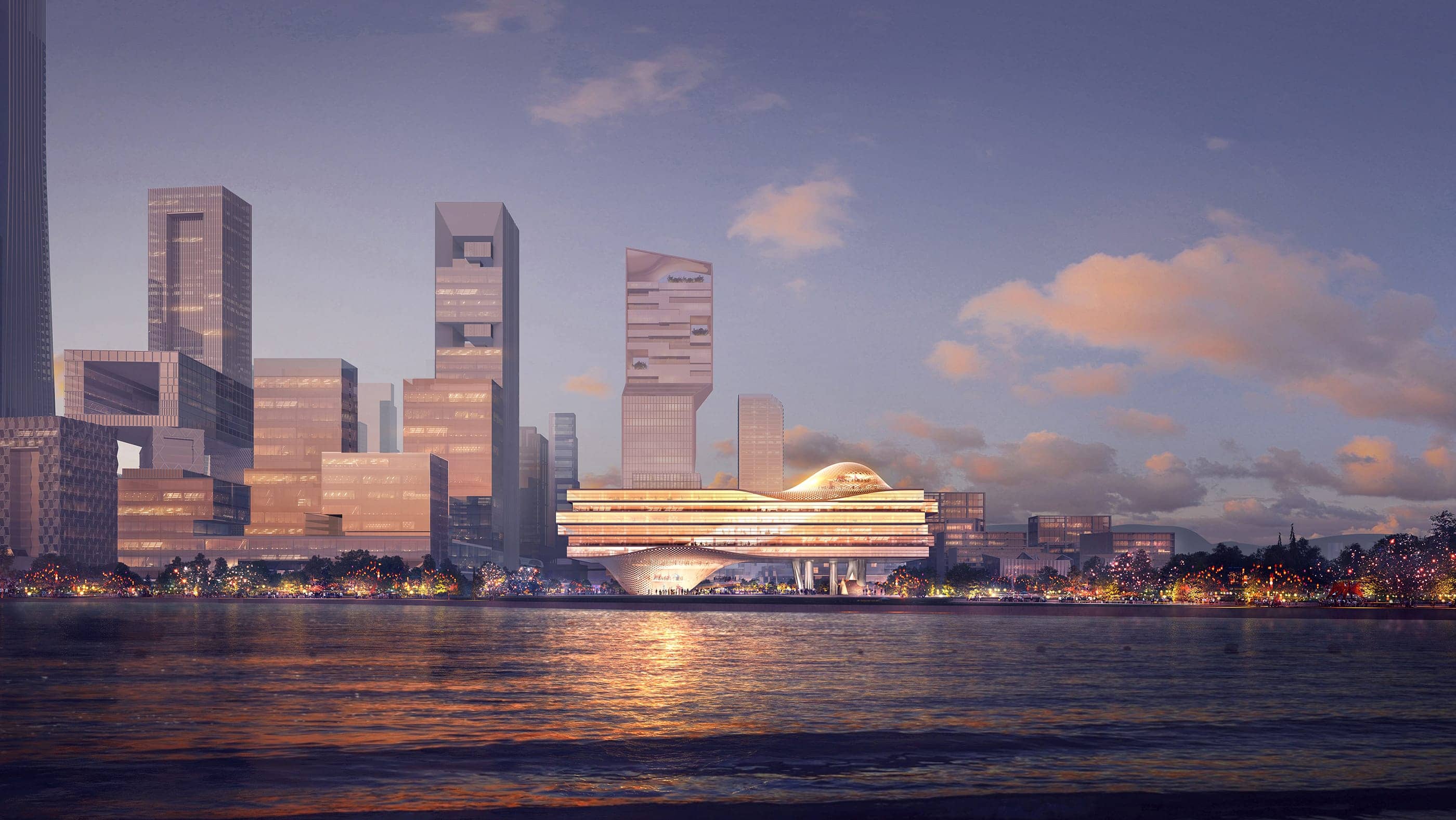 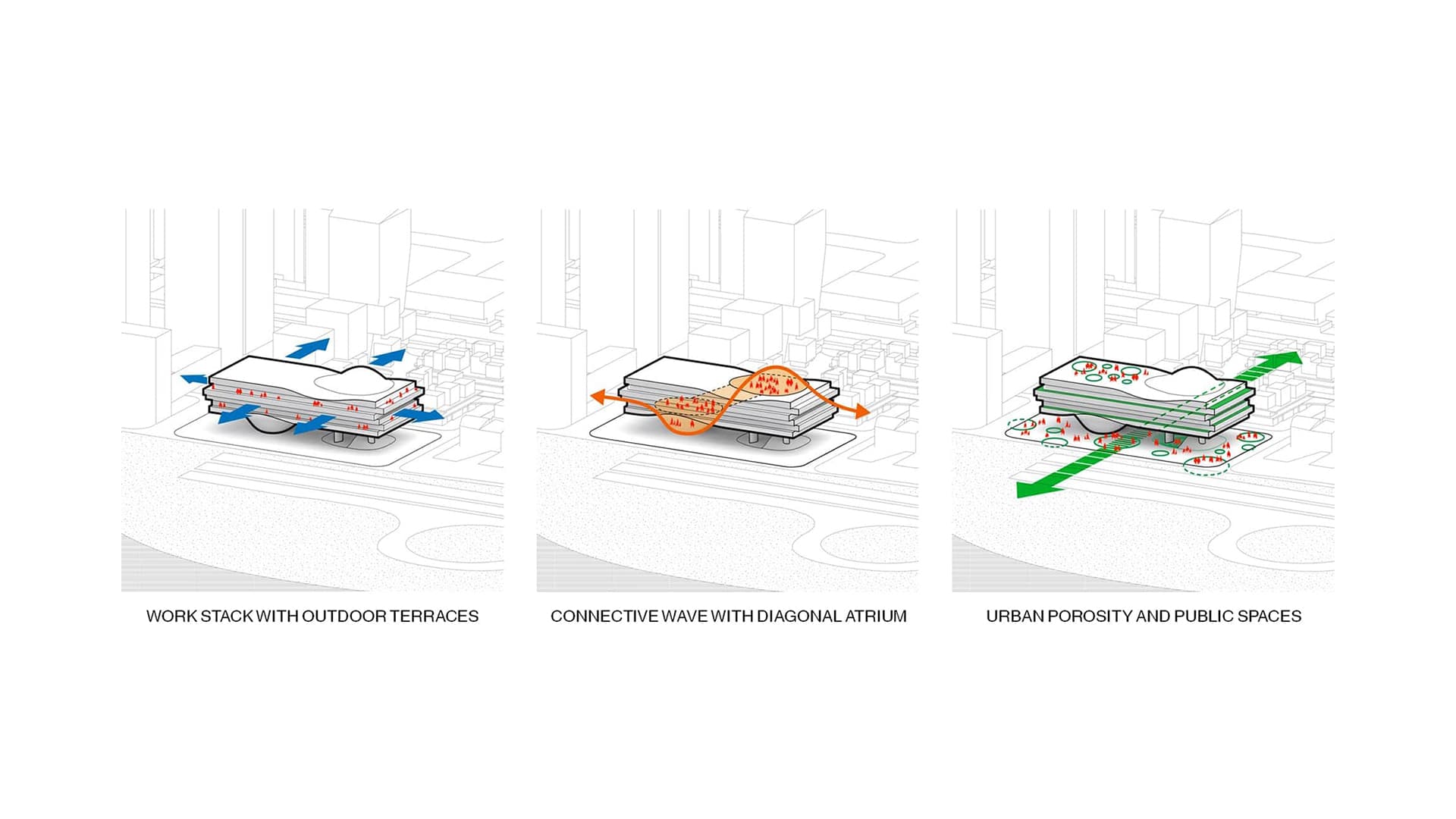 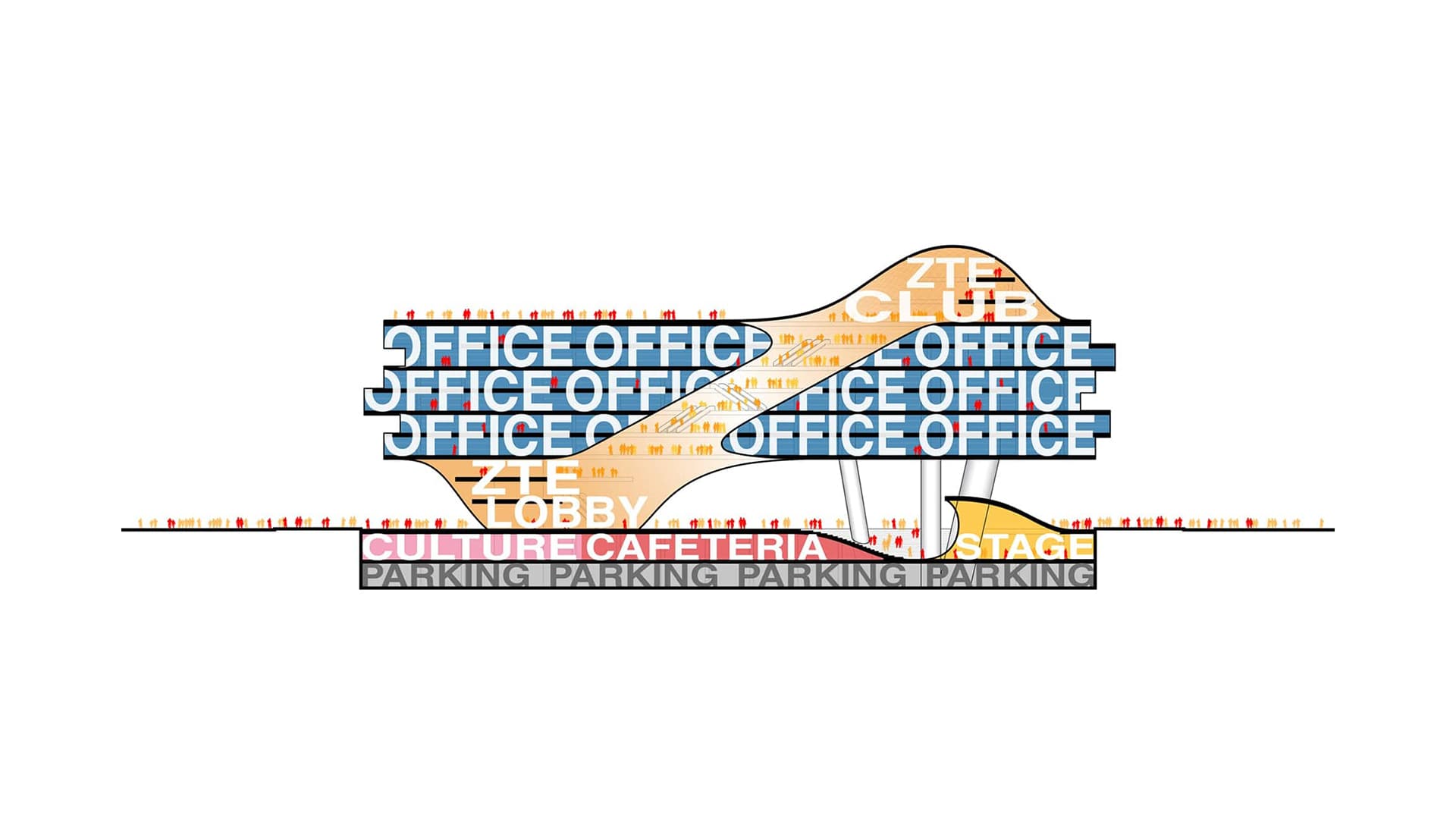 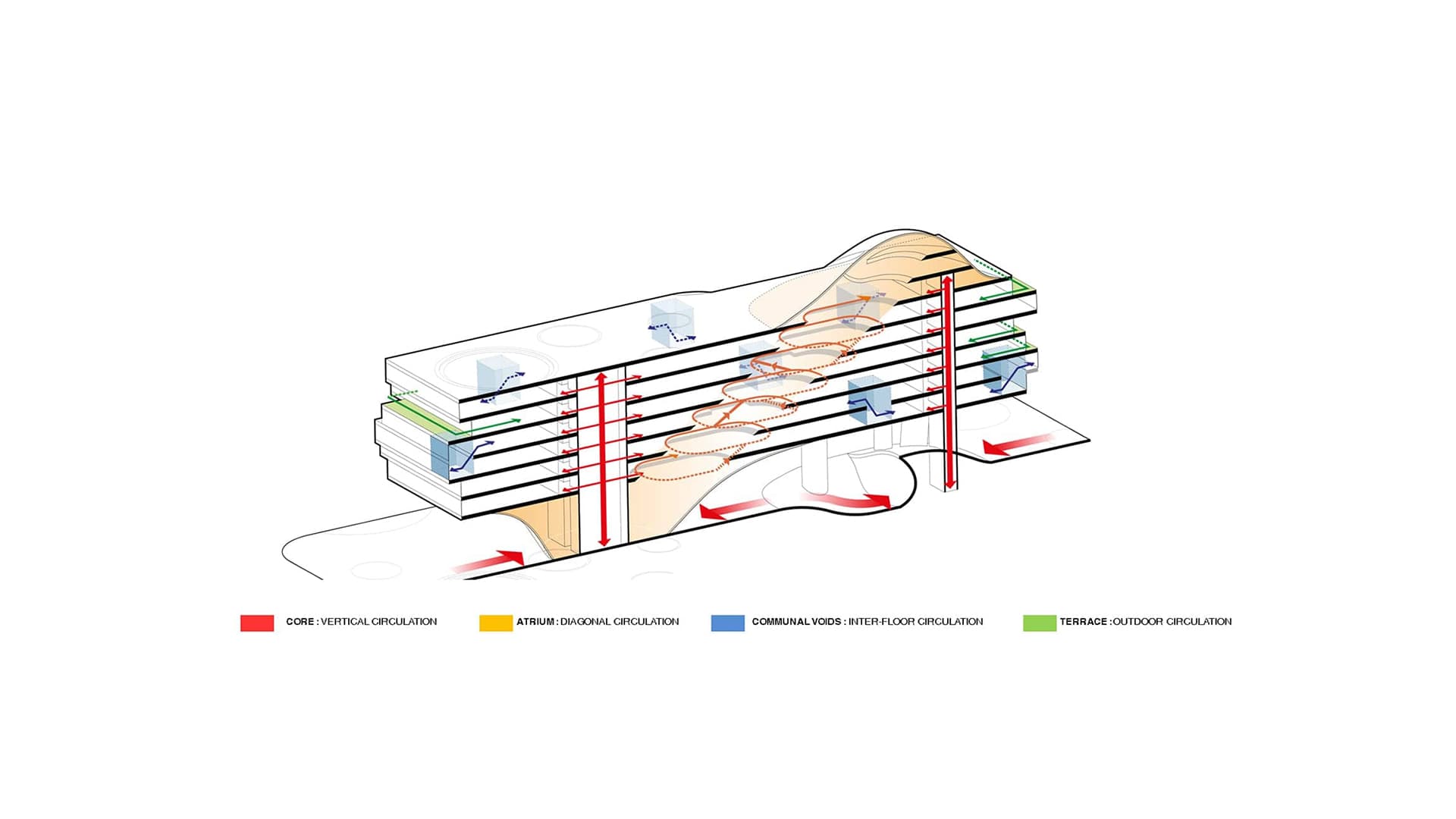 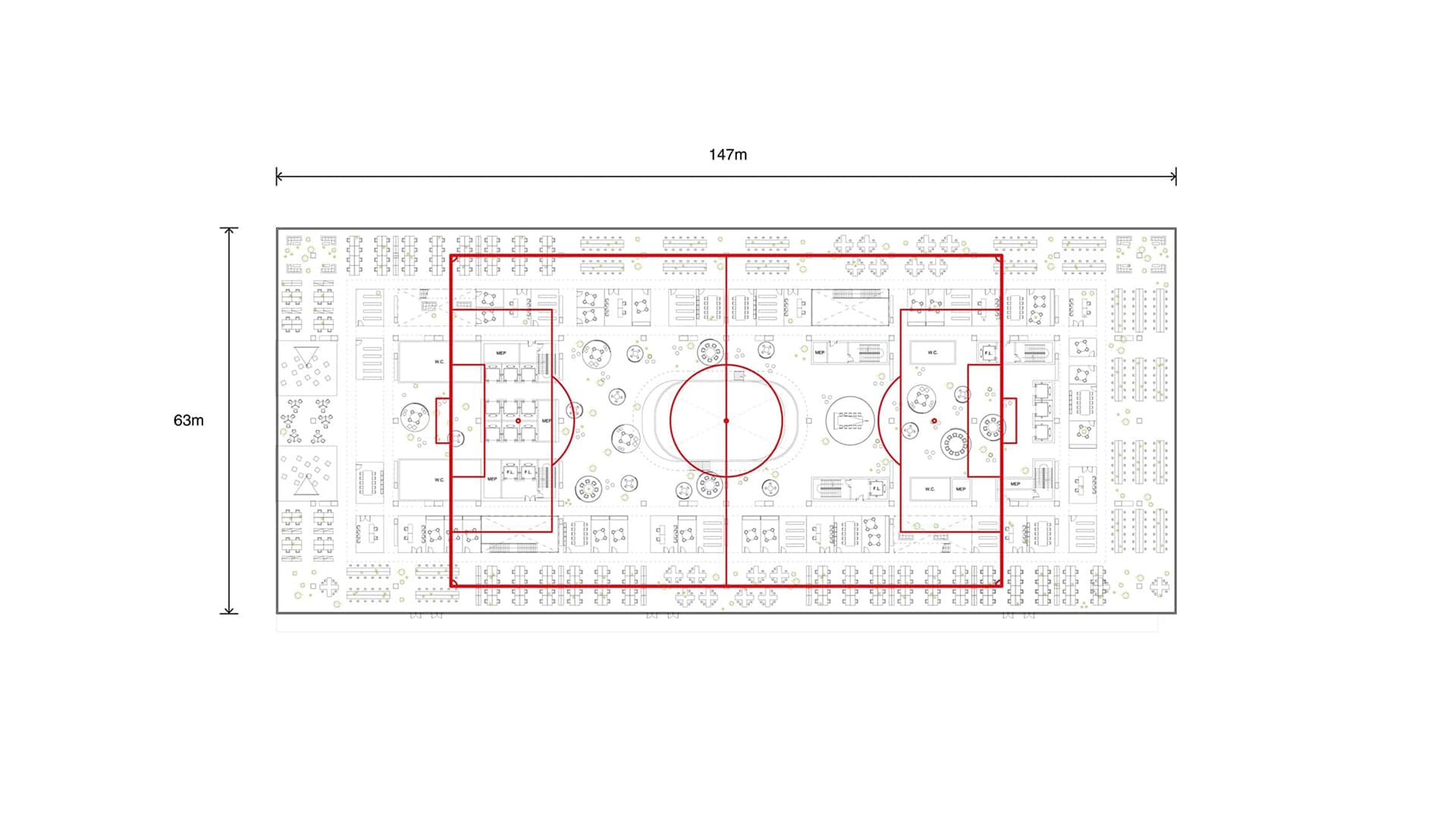 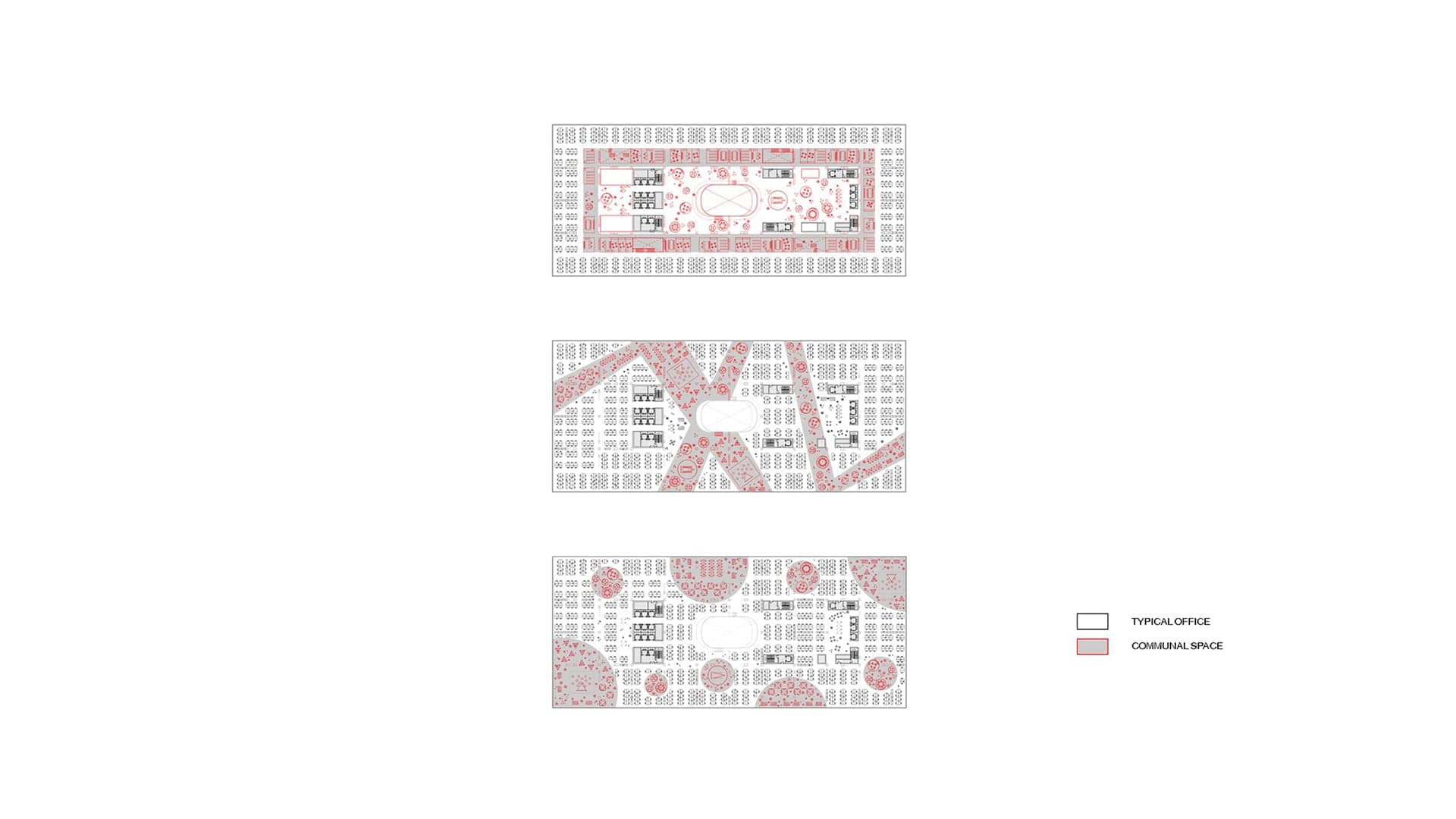 Shenzhen Wave, the new headquarters for ZTE, one of China’s leading telecommunications and technology companies, was recently approved by the mayor and planning department. Located at the entry to the Shenzhen Bay Super HQ masterplan in southern China, the distinctive design for the tech leader is imagined as a dynamic, living organism that generates innovation, cutting-edge ideas and new ways of working and living together.

A sinuous diagonal ‘Wave’ cuts through the building and links its multiple levels, lifting the structure off the ground and cresting up through the roof. This key element becomes an open and experiential pathway through the building for light, views and circulation, encouraging spontaneous encounters between users throughout the structure. The spatial organization of the building both physically embodies and simultaneously amplifies the company’s culture of interaction and innovation.

The Shenzhen Bay Super HQ District is a fully master-planned business district set to become one of the most significant business cores in the city of Shenzhen. With its prime waterfront location, and proximity to the existing cluster of technology-based companies defining Shenzhen’s ‘digital revolution’, the area will be host to the headquarters of the country’s leading companies and enterprises. With the headquarter buildings forming a unified city skyline under the masterplan, the district will also be highly connected to the city’s infrastructure, enhanced by a system of public amenities, and integrated with ample landscaping and urban parks. It will mark the next quantum leap for the city of Shenzhen, and a defining feature of South China’s Bay Area.

The Shenzhen Wave will be situated at the arrival point for all traffic approaching from Shenzhen’s civic center in the east, before submerging into a multi-lane underground boulevard covered with a linear urban park above. In comparison to the many high-rise headquarters in the district, the Shenzhen Wave is a medium-rise structure with a height of 60m, however, its width of over 120m and prominent location means it will form the front ‘face’ of the Super HQ District to the Shenzhen Bay.

The ‘Lobby Node’ at ground level, which houses the main entrance to the headquarters, is connected by a diagonal atrium to the ‘Club Node’ in the cresting wave rising above the roof of the building. Here, the ZTE Club, a spectacular space flooded with natural light incorporates opportunities for individuals and groups to meet, rest or socialize, as well as a gym, cafe and bar with a roof deck embedded in a tropical green environment.

The Shenzhen Wave is conceived of as a piece of city, responding to its context, and integrating with the local community. As the building floats gracefully above street-level, a new plaza beneath the suspended volume connects the waterfront to the urban fabric behind and gives public space back to the city. On the other side of the plaza, a landscaped mound and amphitheater create the ‘Culture Node', bringing light, activity and people down to the lower levels, where an exhibition space and cafeteria are located.

Radical flexibility is at the core of the project: a series of vast, open floor plates, each larger than the size of a football field, are piled up, shifted and calibrated to create the ‘Work Stack.’ Hovering above the ground plane, each floor is able to be freely sub-divided, programmed and occupied, offering an unprecedented spectrum of possibilities for spaces of new and as-yet-unforeseen forms of working. Outdoor terraces on each level seamlessly integrate indoor and open-air outdoor environments, with the connective 'Wave’ traversing and interconnecting the stacked floor plates.

Sustainability, both environmental and social, defines the core values of this headquarters for the future.

The building becomes a dynamic organism synthesizing spaces for formal and informal work, research, innovation, and retreat into a wholly new type of architecture for the city. The Shenzhen Wave exemplifies how cutting-edge design and thinking can redefine the workplace and encourage innovation within and around individuals, companies, cities and beyond. Anticipating possibilities into the future, the Wave is a building driven by a rigorous commitment to performance, placing staff, users and the wider public at the center of an interactive and integrated spatial ecosystem of the future.

At a time when the nature of work is increasingly decentralized and seemingly intangible, the Shenzhen Wave reasserts the importance of physical space and collaboration as incubator of new ideas that emerge from the dynamic interplay of human minds. The project is slated for completion in 2024.