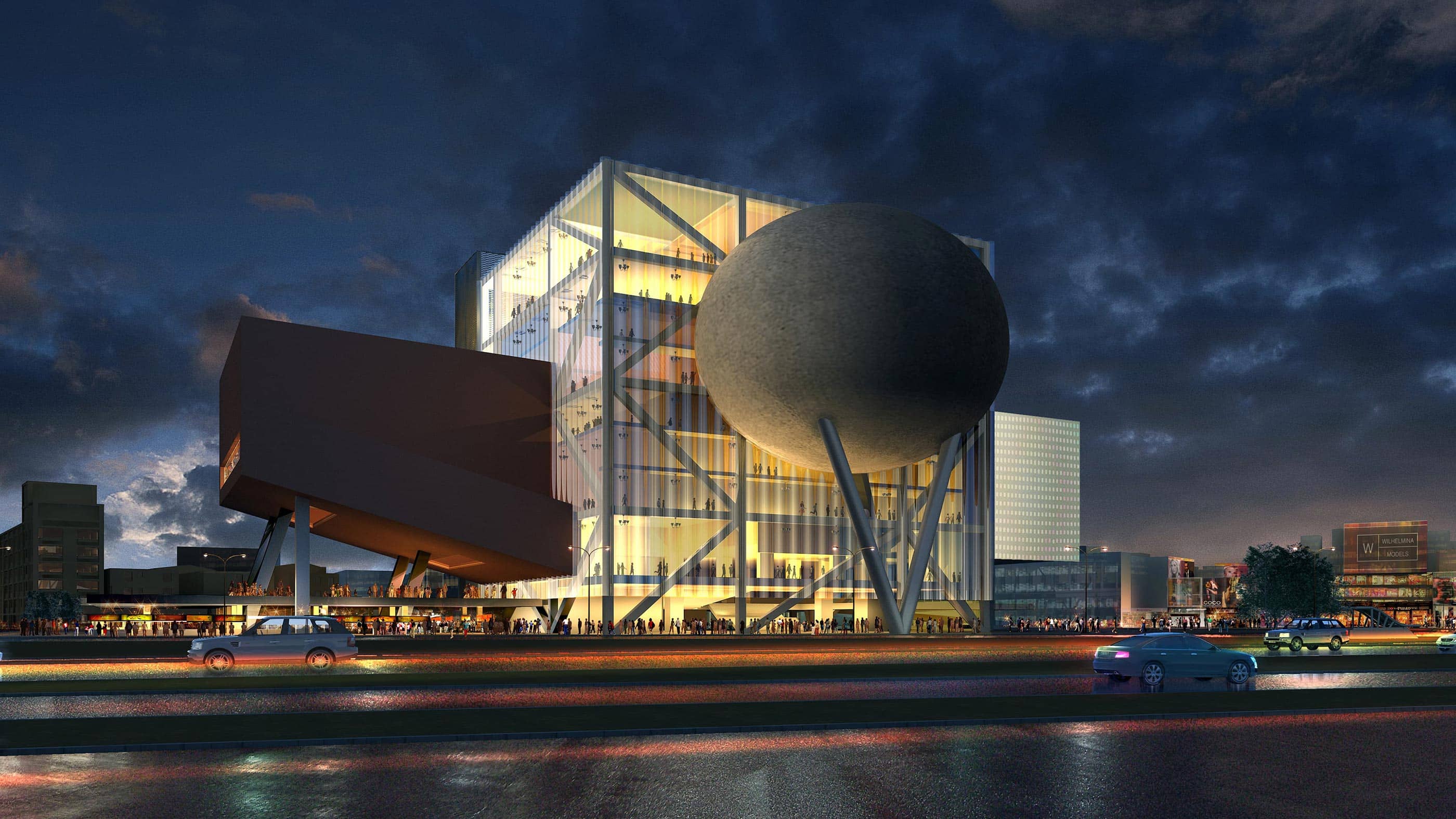 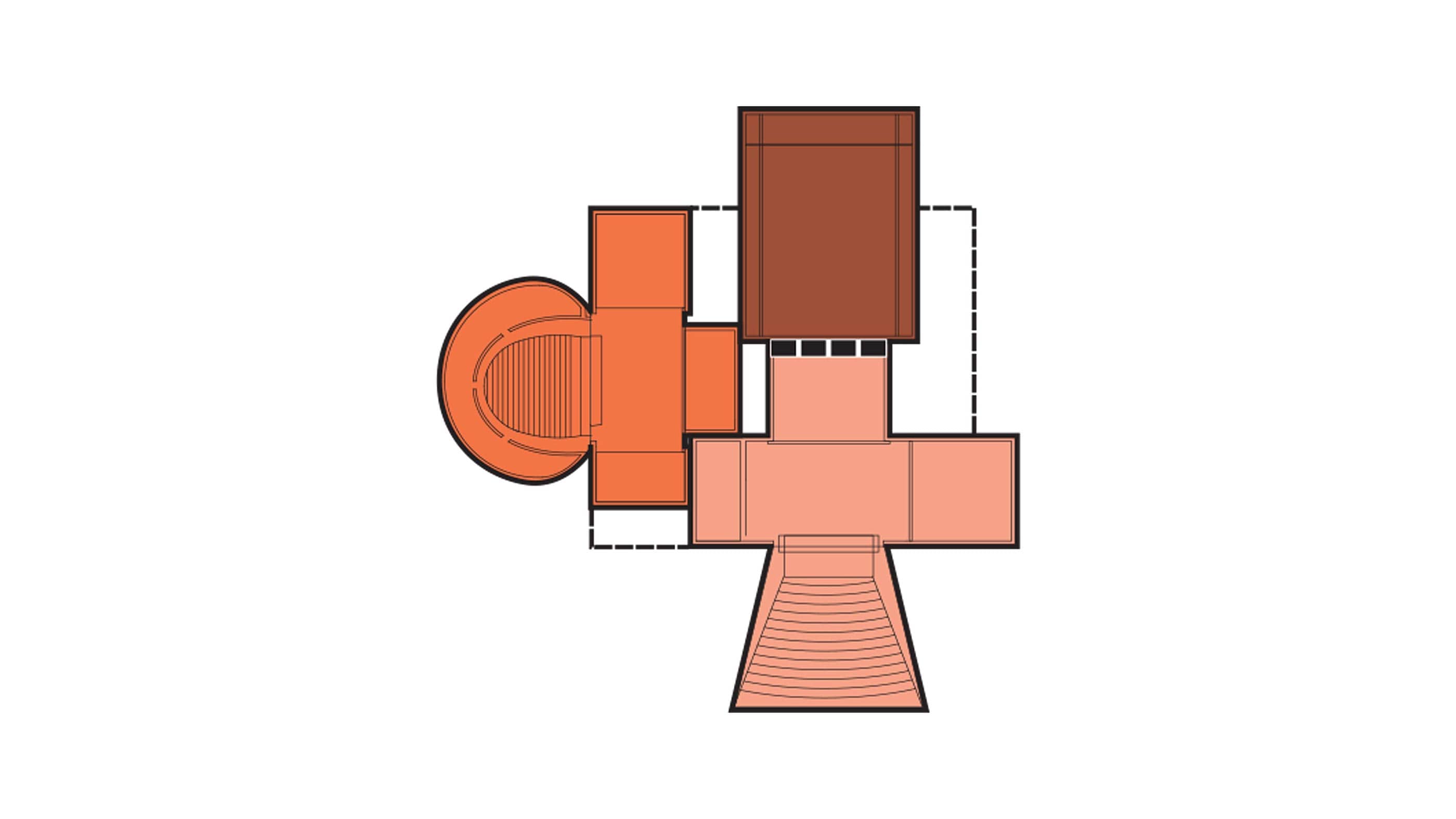 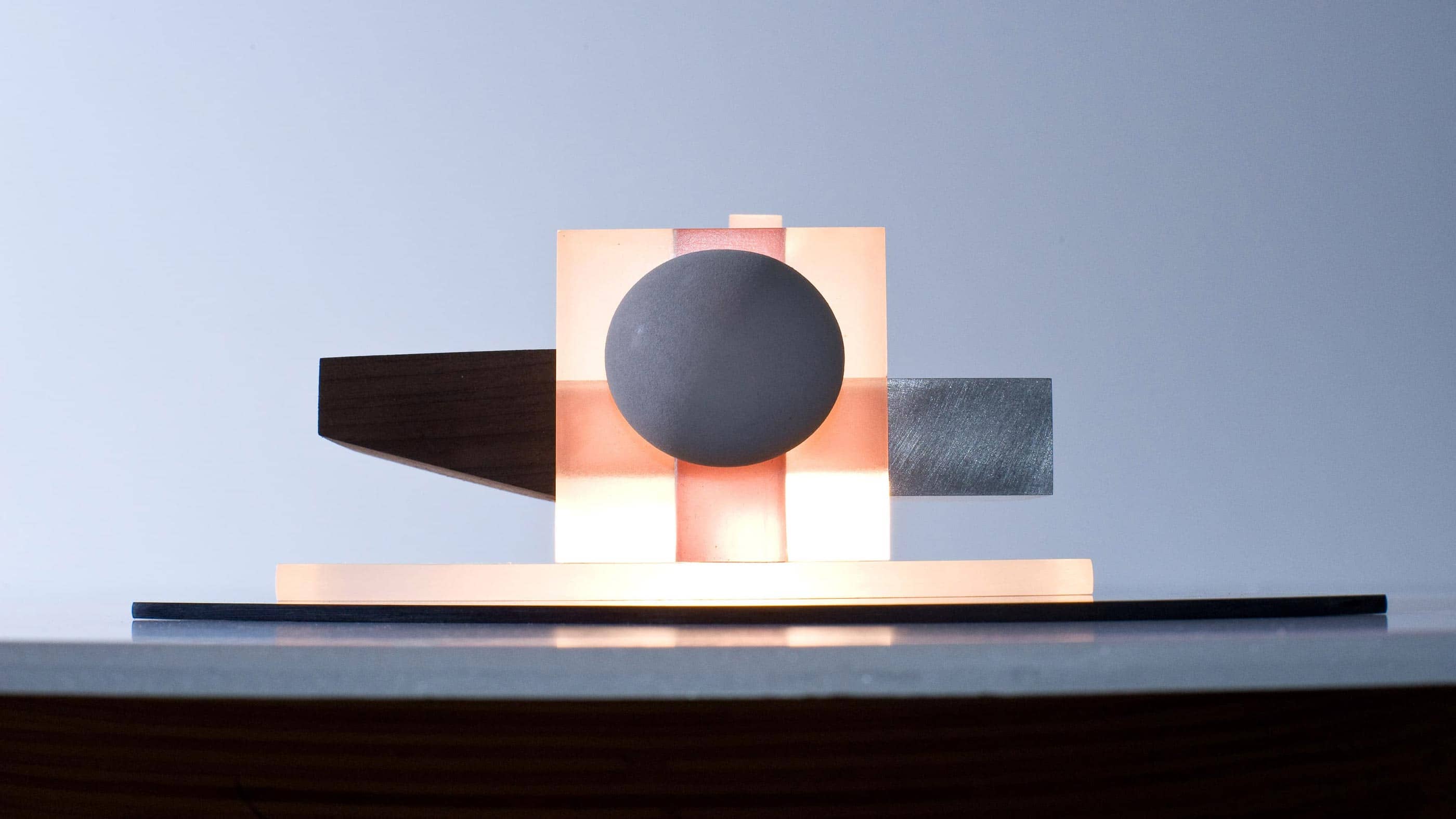 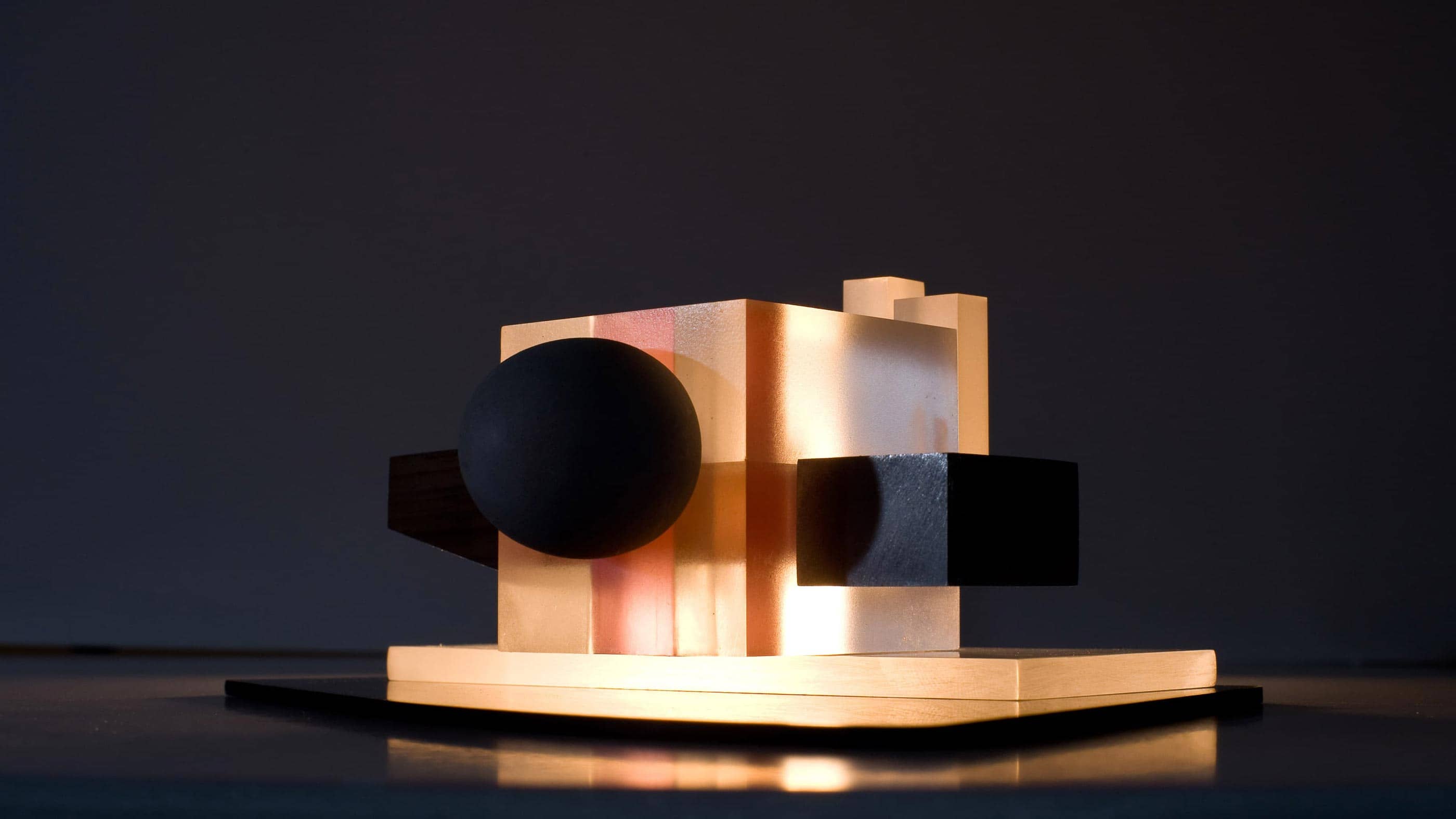 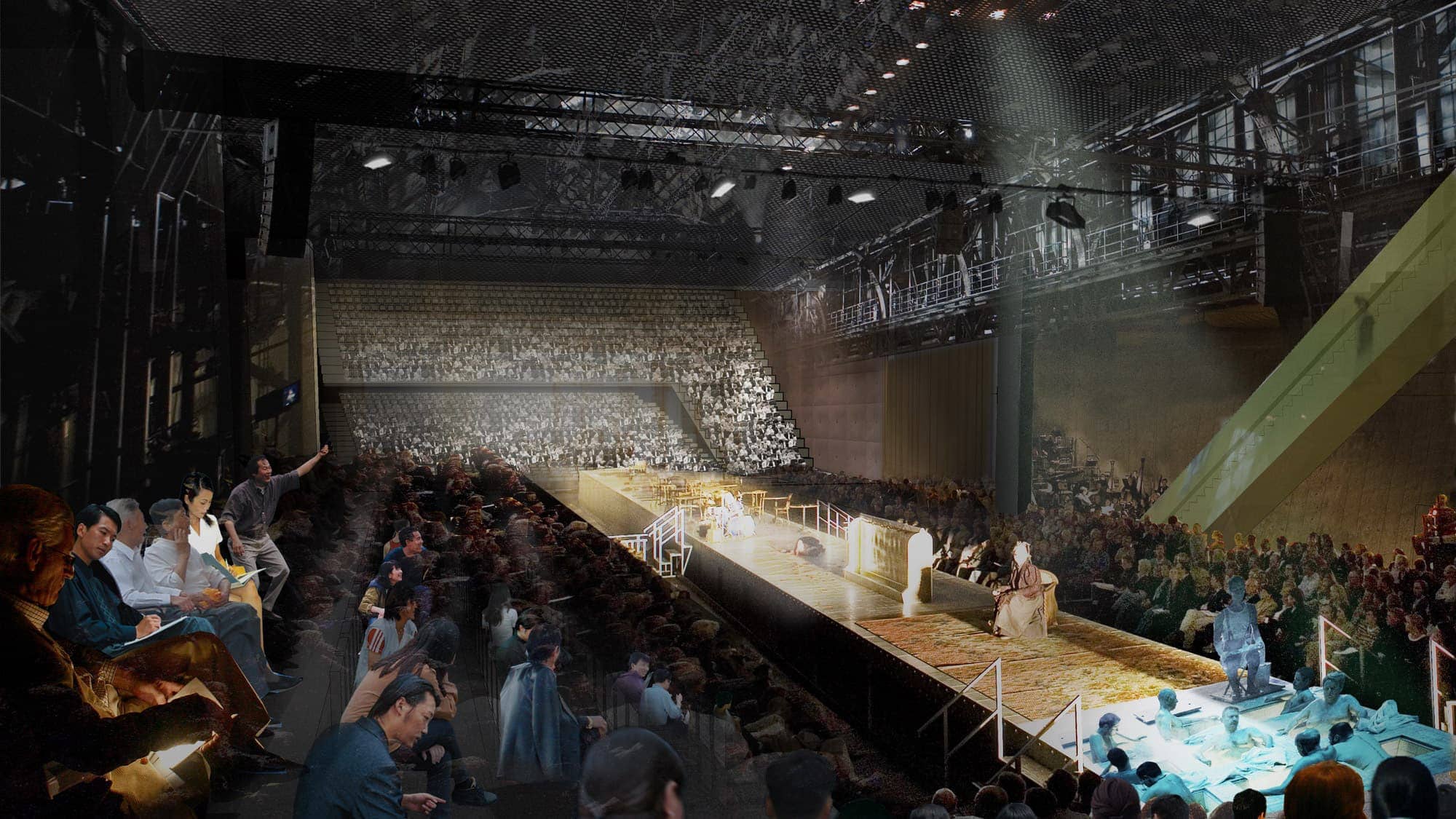 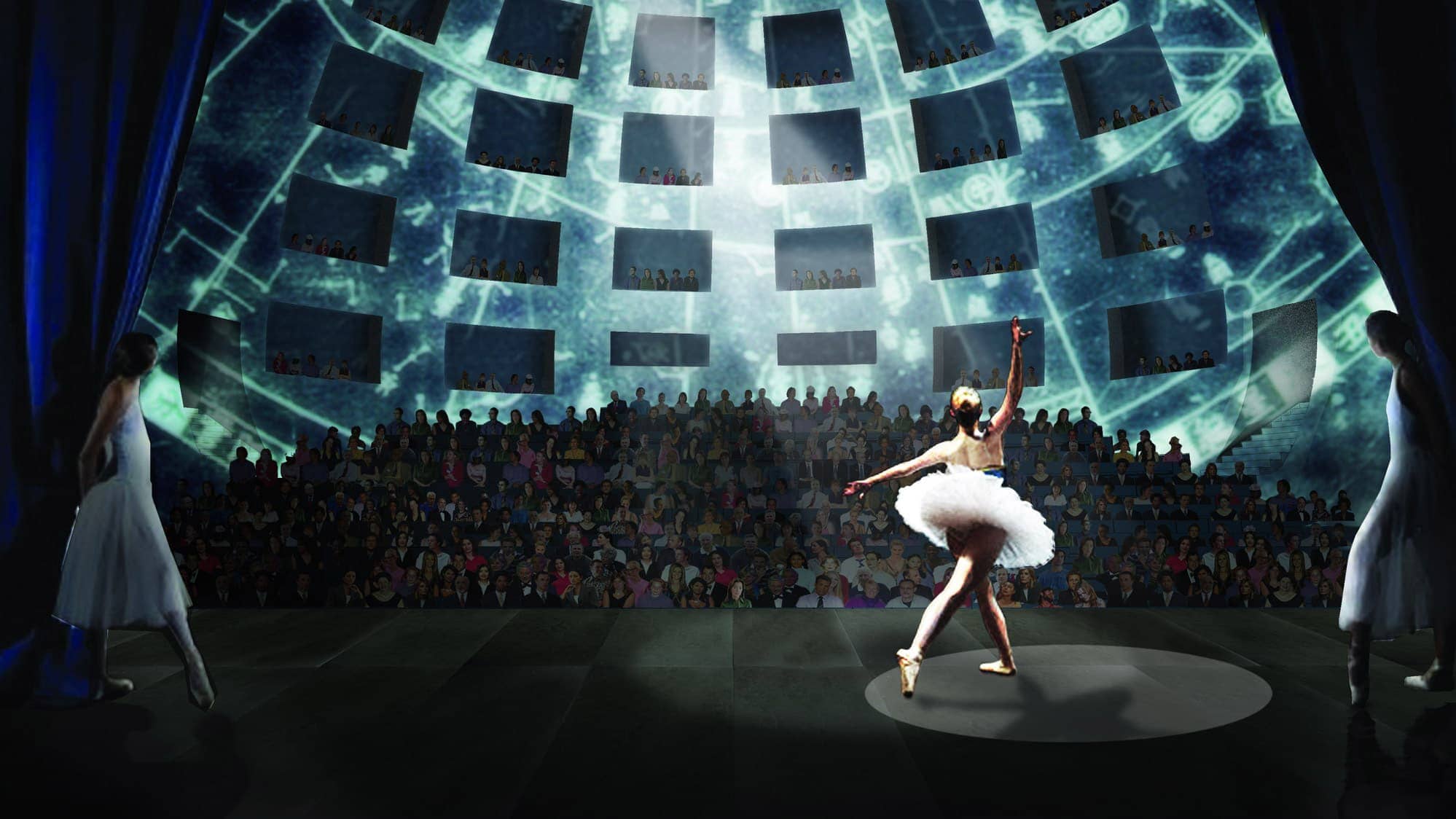 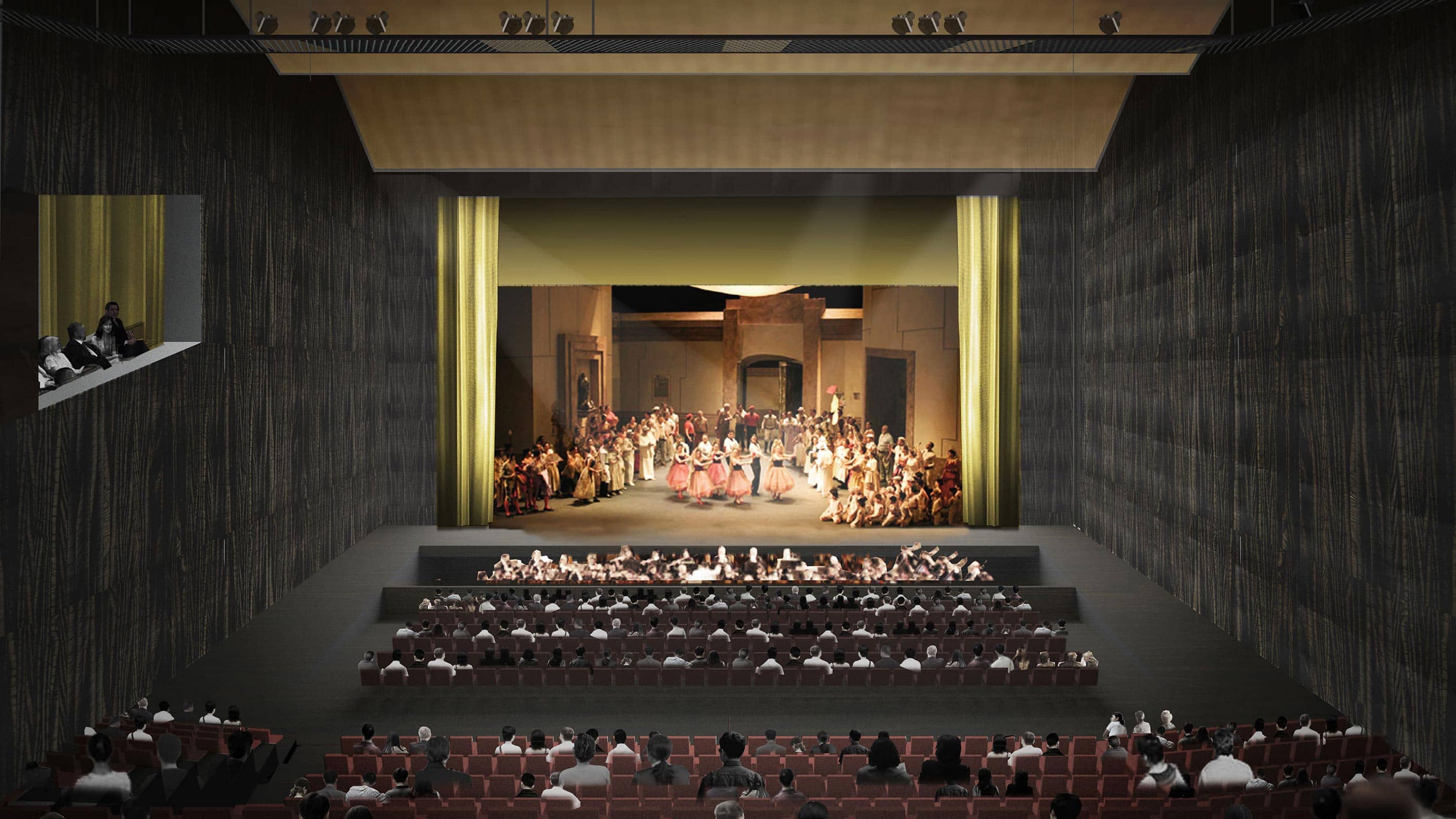 The ambition of this project is to create three independent theatres – precisely, efficiently, and economically – in a design that offers urban intensification and unexpected theatrical possibilities. The vitality of theatre culture in Taipei is striking and notable, and our design for this theatre is not a token sign of culture, but a sophisticated tool equal to the ambition of Taiwan’s theatre makers.

The technology of the theatre is typically hidden in the stage tower and the infrastructure needed for the range of effects is increasingly sophisticated and highly computerized. While providing each individual theatre its own identity and fulfillment of its technical needs inside a “super tower”, the backstage technologies are concentrated into a single critical mass allowing event spaces to be coupled and creating entirely new theatrical possibilities. The theatre cube is poised on a plinth of food market and night life, as similar as possible to the existing exciting situation. Night market, train station, and cube form a cluster of three urban densities, connected by a continuous human flow.

Through its compactness, the building has four different faces. Grand and Multiform theatres emerge from the south and north face; Chang De Road is marked by four towers – stage lifts and back-of-house areas appropriate to the existing street façade. The spherical Proscenium Playhouse projects toward the train station and the green mountain – the image of a suspended planet that will be visible from afar. By consolidating the stage apparatus of the three theatres in a cube, excavating an internal public path, and cladding the whole in corrugated glass – an illuminated animated background is created against which the individual auditoriums read like mysterious elements. Together, cube and extensions offer a dense, open presence that works like an icon without being necessarily conceived like one.

Combining the three stages and technical apparatus of the three theatres into a single apparatus, we have generated not only three functional, perfectly independent theatres that operate with complete autonomy, but have also incorporated optional potentials that create unexpected scenarios and uses. The Grand Theatre and Multiform Theatre are at either end of a horizontal axis and could be joined into a mega-venue, while the Proscenium Playhouse extends vertically downwards to the open stage for Puppet Theatre, providing autonomous functioning but also extreme flexibility for alternative uses.